Brecely Studios is run by Walter Brecely. Walter studied Fine Arts – Certificate of Fine Arts and the Associate Diploma of Arts (Fine Arts) – at the Illawarra Institute of Technology Goulburn Campus in 1993 and 1994, before beginning a Bachelor of Visual Arts at Sydney College of the Arts in 1997 (majoring in Jewellery and Object Design). In 2000, he completed his Degree with a Bachelor of Creative Arts at the University of Wollongong majoring in Sculpture. Since 1993 Walter has completed courses in Advanced Techniques in Engraving and Stone Setting with Master Jeweller Rex Steele Merten, and Foundry Metal Casting at Illawarra Institute of Technology Wollongong Campus.

Since 1997 Walter has had 3 solo exhibitions. He has also participated in over 20 group exhibitions since 1995. In 2017, Walter’s illustration work on the latest instalment of the acclaimed Inanimate Alice series helped “Inanimate Alice: Perpetual Nomads” make the shortlist of the Reading Digital Fiction Competition. In 2005, Walter’s work was exhibited in the Hong Kong Biennale. In 2008 Walter was the 3D winner of the Goulburn Regional Art Award. Walter’s work is in private collections in Australia and internationally, and from 2004 he has taught sculpture classes at Goulburn Regional Art Gallery. Since 2007, he has regularly run private Jewellery Classes, Jewellery and Sculpture Workshops and individual student tutoring/mentoring. Walter creates bespoke works (such as uniquely customised wedding rings and interior design objects) and drawing, sculpture, and jewellery commissions by request.

One thought on “About”

A Selection of Walter’s Works 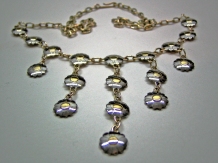 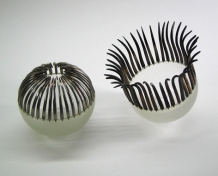 New old tools for the classes and the studio, has been a bit of work getting these rusty old things up to the task but well worth the time, looking forward to trying them out 🙂 #silversmith #silversmithingandjewellery #raisinghammer #sculpture #jewellerytool #shinnytools
%d bloggers like this: